You'll Probably Click on an Unsafe Link This Year...From Your Phone 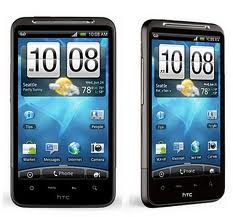 The State of Mobile Security Report 2012 was just released by Mobile Security Company Lookout., which analyzed threat detection rates for its user base over a 12-month period, and found that four in 10 mobile users in the U.S. will click on an unsafe link on a mobile device this year.

Mobile users can become infected through a variety of tactics, from clicking on suspicious links to downloading untrustworthy apps.

The report noted that toll fraud — known as billing an unsuspecting victim through premium SMS services has emerged as the most prevalent type of malware on mobile devices, making up 62% of all threats found on mobile apps.

One thing to remember is that most mobile malware has to socially engineer the user to allow it be downloaded and installed with the permissions it needs. So before you install a new app do look carefully to see if the permissions it requests are reasonable for what it should do.