Internet Pioneer Discusses Creation, Expectations and Security of DNS on its 33rd Birthday 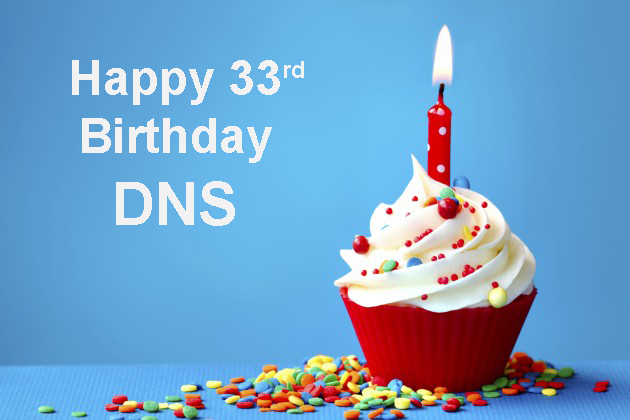 Thirty three years ago today, Paul Mockapetris, inventor of the Internet Domain Name System,  watched the DNS take its first steps.  This critical development would open up what may be the world’s most utilized and important technological development for a mass audience. Did he understand the importance or impact that DNS would have when it was created?

“I think I saw the potential importance more clearly than the traditional ARPAnet era folks, who were busy replacing the old NCP protocols with IP and TCP,” noted Mockapetris, now Chief Scientist at ThreatSTOP.  “So I was very happy to take on the design job and build something quite beyond the task given me.”

By 1983, he had already spent 15 years designing distributed systems at what would become the Media Lab at MIT, Draper Labs, IBM, and the Distributed Computer System at UC Irvine. So he did expect his creation to be used across the Internet to manage distributed operating systems and applications. DNS was really meant to manage a heterogeneous distributed, federated cloud and its services.

Something Mockapetris did not expect was the whole marketing and branding of names. “I guess I should have taken some classes in business and marketing,” he joked.  His biggest surprise was that the research agencies in the late 80s and 90s didn’t see naming systems and DNS in particular as merely the first steps in an Internet naming architecture. The original design had many places where next steps and additional mechanisms were indicated, and were never taken.  Recent work in named data networking has revived this field a bit.

"If I'd been told in 1988 what the DNS would eventually be used for, I would have said it wasn't possible,” said Dr. Paul Vixie, Internet pioneer and CEO of Farsight Security, Inc. "Almost all Internet activities, whether for good or evil, begin with a DNS lookup.  Defenders who can monitor, and control, and investigate their use of DNS can by extension monitor, and control, and investigate their relationship to the Internet itself."

The DNS was introduced during the transition from the ARPAnet to the IP/TCP-based Internet, and was the largest single architectural innovation of that transition. As a critical infrastructure, DNS has been subjected to many attacks and misuse, but in today’s hardened form, it is seen as an essential tool for implementing security.

Security was intentionally left out of the initial design, along with several other functions. DNSSEC is a next step, but is very heavy weight and doesn’t solve current problems like DDoS.

“The Internet community has let legacy infrastructure designs constrain the future,” notes Mockapetris. “For example, the 512 byte datagram limit of 1983 should be more like 500 Megabytes if we adjust for the million-fold increase in transmission speed in today’s Internet, though I’d settle for 512K bytes. We are giving up on datagrams because of DDoS – while I understand the argument, I’m not ready to surrender yet.  There’s a lot of room for innovation here. It’s as if we are requiring DNS to support paper tape and floppy disks.”

Mockapetris now provides guidance to the ongoing product innovation process for ThreatSTOP, and leads research into DNS-based security. “Effective security requires real-time threat intelligence that is distributed to all of an enterprise’s enforcement devices whether they are routers, firewalls, application delivery controllers, or servers. DNS is an ideal vehicle,” said Mockapetris. “Fielding powerful, scalable security tools that leverage the ubiquity of DNS to protect organizations of all sizes is critical.”