Posted on April 01, 2018 by John Bambenek Leave a comment 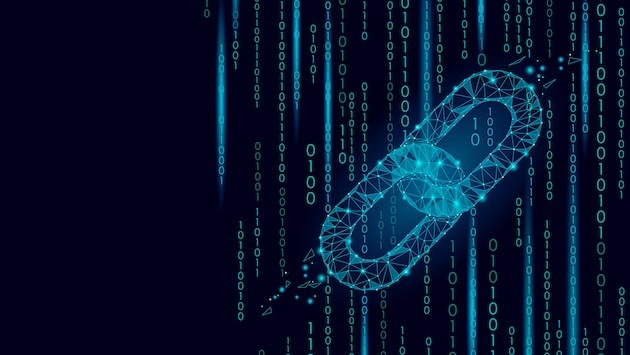 In the past few years, we’ve seen a radical shift from traditional paradigms in transactions. With the emergence of blockchain, decentralized peer-to-peer transactions have replaced typical financial arrangements and revolutionized the financial world. In a few short years, the landscape for financial institutions has radically changed. Yet, the surface has barely been scratched in the ways blockchains can disrupt other entrenched industries. Enterprises have two choices, adopt the blockchain or be left in the stone age. The question is, why should your security program be any different?

Today, ThreatSTOP is announcing its entrance as the first artificial-intelligence infused blockchain security company using decentralized intelligence and telemetry to provide proactive and real-time defense against emerging cybersecurity threats. By swapping out the paradigm of legacy threat intelligence platforms in favor of decentralized blockchains, we have created a rapid, robust, and flexible system to protect enterprises and small-to-medium businesses. With our cloud-based blockchain protection, we’re delivering disruption-as-a-service to our customers.

ThreatSTOP pioneered the market in blockchain technology by TCP/IP networks building on the original iptables blockchain protocol. Created in 1998, iptables silently brought blockchains to the networking stack. Today, we’re taking it to the next level by introducing our DNS blockchain solution that will disrupt adversaries and the security industry alike.

“For years, we’ve tried iterations of the platform-model of intelligence where some central system tells you what to protect against. Our artificial-intelligence driven blockchain decentralizes that by using crowd-sourced intelligence combined with diverse, community reputational data to create robust protection for organizations large and small,” said John Bambenek, Vice President of Security Research and Intelligence at ThreatSTOP. “I’m thrilled to be part of this new, nimble approach to finally take the fight to the adversary.”

ThreatSTOP’s patent-pending blockchain technology works by taking decentralized nodes of intelligence and operationalizing them in existing devices. “By infusing existing hardware with our blockchain technology using DNS, we reduce the hardware footprint and maximize the power of already existing tooling, and future-proof the solution, to deliver maximum return on cybersecurity investment. I’m so proud of what ThreatSTOP is doing with my creation,” said Paul Mockapetris, Chief Scientist at ThreatSTOP, and the inventor of the DNS. Pairing this engine with DNS will block identified malicious or suspicious traffic based on network indicators such as IP address, hostnames, or other DNS metadata.

ThreatSTOP is led by visionary industry-pioneer and serial entrepreneur, Tom Byrnes. “Blockchain technology has provided the key for our disruptive strategy to shake up the cybersecurity industry. We sought to provide decentralized and rapid multi-sourced intelligence to our clients to enable immediate prevention, and our artificial intelligence engine does exactly that.”

“Its been said that all startups are really a series of pivots, and we’ve certainly had our share of those. ThreatSTOP’s new pivot to artificial-intelligence-driven blockchain technology delivered over DNS marks the next evolutionary step in cybersecurity enabling us to stay ahead of the attackers and to provide robust prevention on blocking of threats before they occur,” said Byrnes.

According to anonymous sources within the venture capital community, the response was ecstatic. “No one really knows what the blockchain is, but it’s provocative! It’s gets the people going! They’re also really excited about anything to do with AI. Everyone knows that DNS is everywhere. Combining all three is a complete game-changer.” At the time of this release, ThreatSTOP was researching if it is possible to convert a transition to publicly-traded company via ICO instead of the legacy IPO of years past.

Ready to challenge your legacy and traditional security program? Check out artificial-intelligence powered blockchain technology over DNS at ThreatSTOP and check out a free, 14-day trial here.