Infographic: The Most Infamous Botnets of the 21st Century 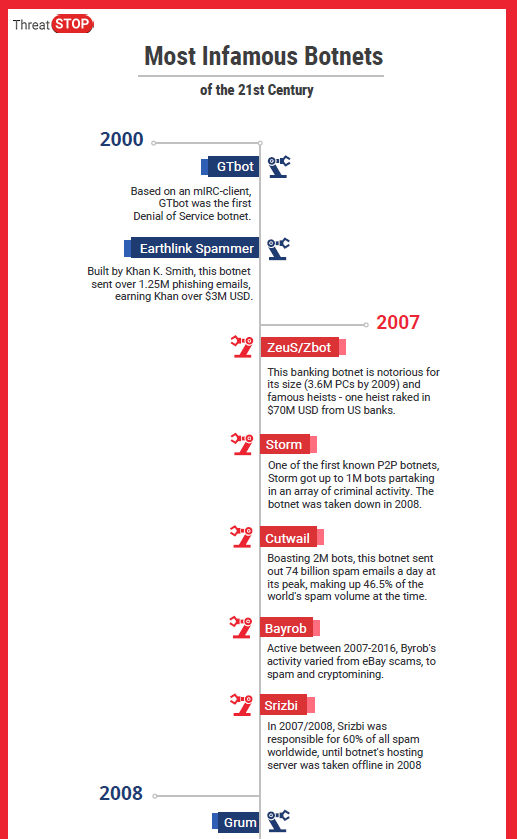 Botnets are a unique type of threat. The colossal power that networks of millions of compromised computers can reach allows botnets to do a lot of damage, from generating and stealing large sums of money to deploying dangerous attacks. Last year saw a 71.5% increase in botnets as opposed to 2018, further showing that botnets are a worthwhile business for attackers, and a prevalent threat to watch out for.

These malicious networks have been around since the very end of the 90’s, rapidly evolving and becoming more advanced, year by year. Our new infographic examines the most prevalent, well-known botnets from the beginning of the century up until today, shedding light on the diverse landscape and evolution of this fascinating threat.

END_OF_DOCUMENT_TOKEN_TO_BE_REPLACED

What Is a Botnet? Common Architecture, Purpose & Attack Types 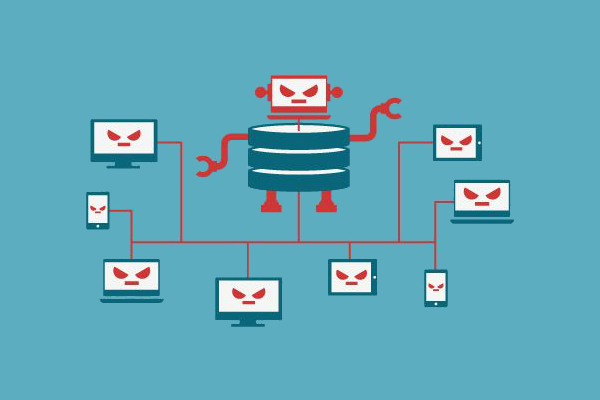 What Is a Botnet?

END_OF_DOCUMENT_TOKEN_TO_BE_REPLACED

ThreatSTOP + Juniper SRX Solves "A Big Headache for Us"!

The Rotterdam Library (Bibliotheek Rotterdam), one of the largest in the Netherlands, is deploying ThreatSTOP Botnet Defense Cloud atop a Juniper SRX 240H Services Gateway to keep the library’s Wi-Fi network free from malware infestation. Before using ThreatSTOP, the library was regularly blacklisted by its ISP and its Internet service shut down due to recurring malware infestation. Now that ThreatSTOP is deployed, in a joint solution supported by Juniper, the library no longer has to constantly deal with trouble tickets and service interruptions due to malware.